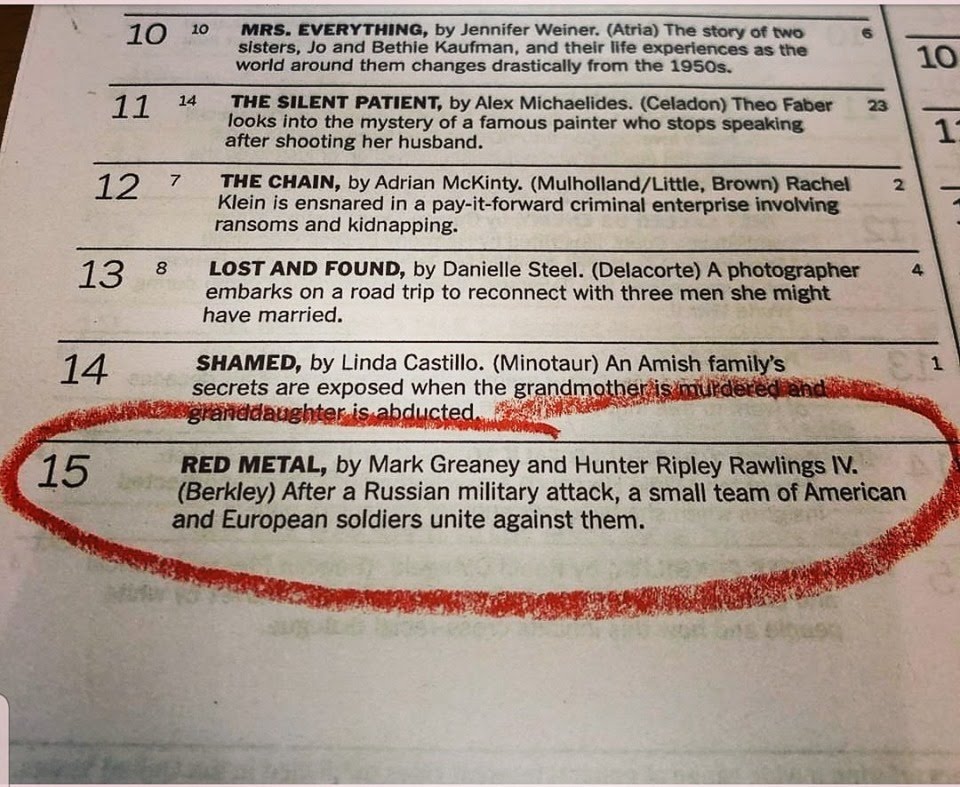 An interview with Mark Greaney (author of the Gray Man series of thrillers) and Lt. Col. H. Ripley Rawlings IV. Together they have written a gripping and realistic action thriller in which World War III emerges as a conflict between the West and Russia.

In this novel, Russia creates a three-pronged front – testing the US military capabilities – in a gamble to lay claim to a rare mineral mine that will give Russia primacy over the entire world’s technology.

Combining geopolitics, cover-to-cover action that include battles in the air, on land and sea, with  great camaraderie among a small and desperate team, Stratfor’s Fred Burton says he was hooked to the last page.

Mark Greaney’s debut international thriller, THE GRAY MAN, was published in 2009 and became a national bestseller and a highly sought-after Hollywood property. Six subsequent Gray Man novels have been released to date, including AGENT IN PLACE (2018), and MISSION CRITICAL.

Mark is also the #1 New York Times bestselling author or coauthor of seven Tom Clancy novels, including his most recent TOM CLANCY TRUE FAITH AND ALLEGIANCE. He collaborated with Tom Clancy on three Jack Ryan novels before Tom’s death in 2013.

On July 16th, 2019, Red Metal will be the released; a military thriller written by Mark Greaney and Lt Col Hunter R. Rawlings, USMC. Mark’s books are published in several languages and are also available as audiobooks. A feature film adaptation of THE GRAY MAN is in development at Sony Pictures.

Mark has a degree in International Relations and Political Science. In his research for the Gray Man and Jack Ryan novels he has traveled to dozens of countries, visited the Pentagon, military bases, and many Washington, D.C. Intelligence agencies, and trained alongside military and law enforcement in the use of firearms, battlefield medicine, and close-range combative tactics.

Lieutenant Colonel Rawlings last assignment was as an instructor at Marine Corps University with an appointment as the Command & Staff College Associate Dean and the Department Head for Warfighting.

Prior to this appointment, he served as Battalion Commander, 3d Battalion, 5th Marines, the Marine Corps’ storied “Darkhorse” battalion.

Check out his website here, Twitter and Facebook. The book is in stores on Tuesday, July 16th from Berkley. You can listen below to the interview.

Thanks for the great discussion.

This is still being solidified, but excited to get on the road and see you and hear what you liked about our novel RED METAL!

Check back here regularly for updates and changes:

01 May, 2019
Wow! Thanks so much to the Kirkus reviewers!
https://www.kirkusreviews.com/book-reviews/mark-greaney/red-metal/

Russia launches war in Europe and Africa in this military thriller reminiscent of the late Tom Clancy.

A small group of Chinese communist special forces sneaks into Taiwan to assassinate a politician and provoke a war. This attracts intense U.S. attention—perfect timing for Russia to launch Operation Red Metal and “retain its proper place in the world.” The Russians’ ultimate goal is to keep control of a rare-earth mine in Kenya, for which they need to wield “a scalpel through the heart of Europe” to destroy AFRICOM, the U.S. Africa Command headquartered in Germany. They kill Western satellites to take out GPS and make Europe deaf, mute, and blind. On Christmas Day, Russian trains disguised as civilian transport deliver offensive forces into Europe, unloading troops and tanks. They also attack in Kenya, where battles rage. NATO hasn’t detected this military buildup and is taken completely by surprise. A Russian general opines that the U.S. can’t fight a conventional force anymore, embroiled as it’s been in Afghanistan. Ha! Tell it to the Marines, like Lt. Col. Dan Connolly, who knows “this world’s a damn dangerous place” and figures out what the enemy is up to. The war lasts about a week, plenty of time for intense battle scenes and the distinct possibility of tactical nukes. Having produced well over 600 pages, Greaney and Rawlings, his Marine co-author, had a bout of logorrhea, but the collaboration has yielded plenty of realism. There are some good lines, as when an A-10 pilot strafes the ground while screaming “Die, Commie, die!” (He apparently didn’t get the memo about the USSR.) But the best line: “And as long as we get to pop a bunch of those Russkies, death ain’t but a thing.” Readers will be humming “The Marines’ Hymn” after finishing this paean to the U.S. Marines. Hoorah!

As with all of Greaney’s work, this is a fun read. If only all our wars were fiction. 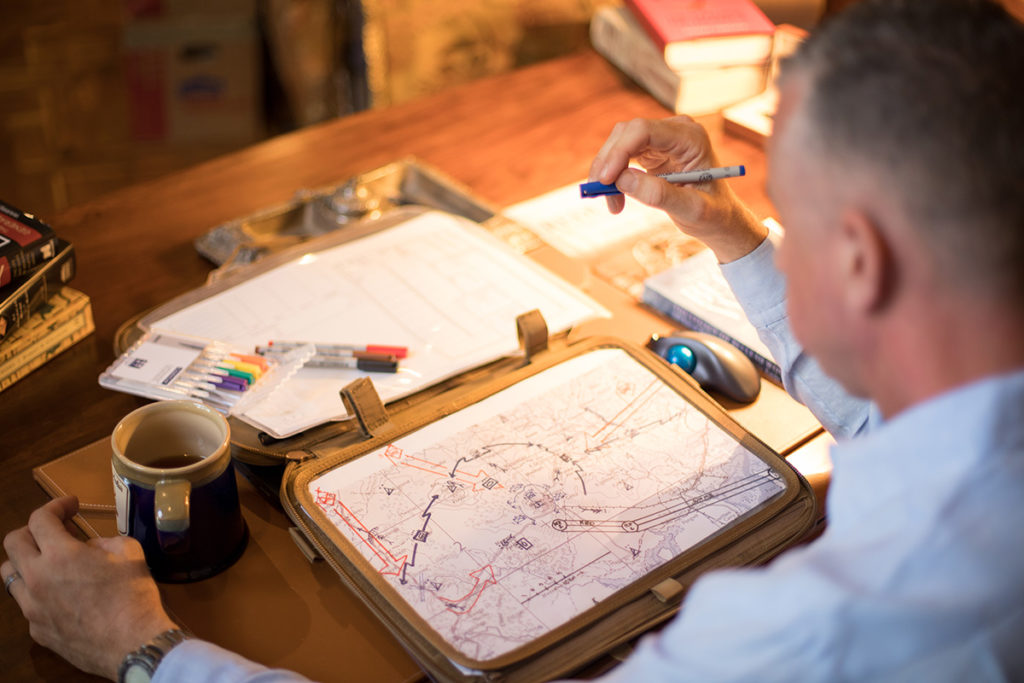 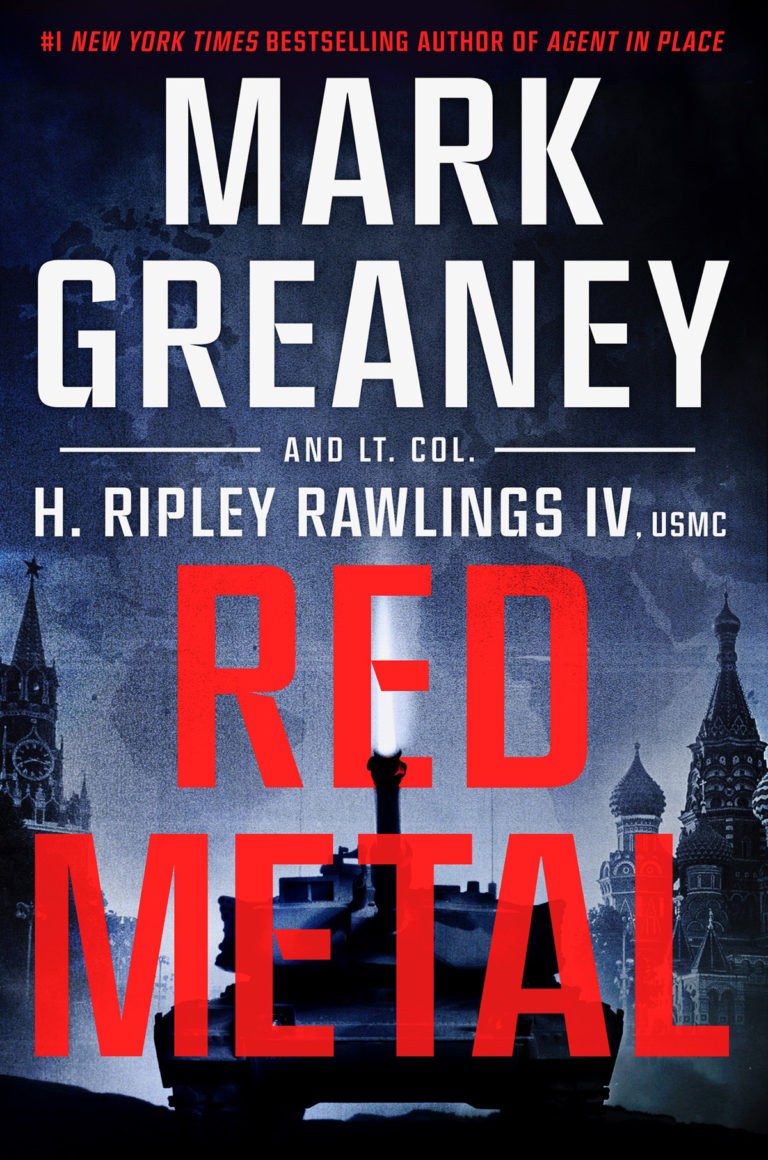