We’re about one month out from the release of RED METAL and because I can’t wait for you to read the book, here’s a little sneak peek! 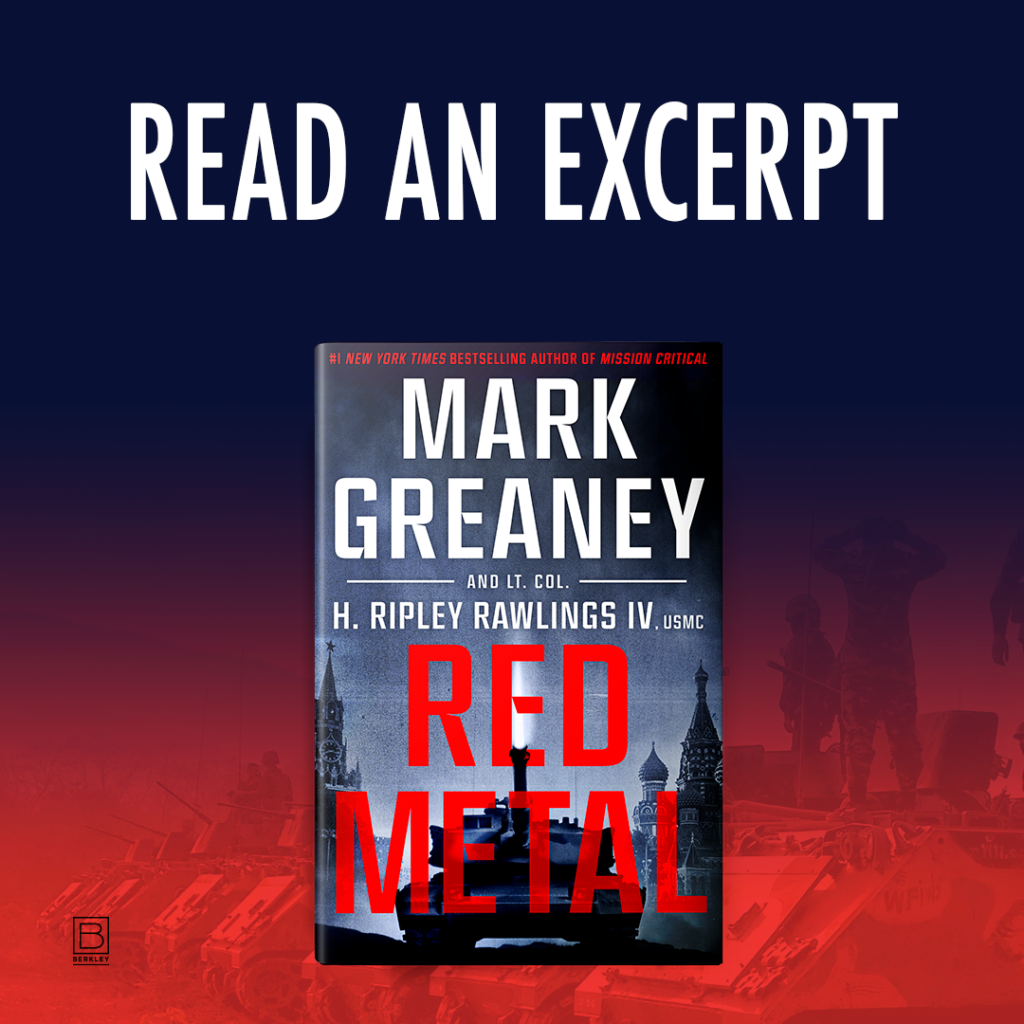 The Cobra attack helicopters twin Lycoming T53-L-703 turboshaft driven blades chopped the air, thumping above the helicopter’s pilot and the gunner, driving the machine at a breakneck 170 miles per hour.

“Stinger one-six, this is two-six,” said the twenty-five-year-old pilot, scanning the horizon for the lead flight of four attack helos lined up to the front of his own four-ship of Cobras.

“Go for one-six,” the response crackled back.

The pilot and his gunner in the front seat experienced momentary weightlessness as he pulled the stick hard left and worked the rudder with his feet. He could see the flat desert landscape changing from the terrain he’d seen after taking off from USS Boxer.

“Clear through and forward from B.P. Jenna. Friendlies are LAVs and remain at given grid. Vicinity the 17 63. Confirm.” Ahead of him the low Kenyan desert rose sharply in a series of rocky hills that separated it from Ethiopia. The escarpment that rose toward the city of Moyale was unmistakable from the maps they’d studied aboard ship, and the miniature map currently strapped to his knee board.

“Confirmed. About forty or fifty vics. I have positive identity. Requesting to go hot.” The thermal camera mounted on the ball sensor assembly on the nose of the aircraft showed the white-hot outlines of several clusters, he supposed they were in platoon order, tucked in the lowlands out of sight from the rising escarpment that lead up to Moyale.

“Copy two-six. I have the lead. You are cleared to click off safe. TOT remains one-eight.”

“Understood, four-five. That is the unit?”

“Copy one-six. Let me know when you are clear from the target.” “Affirm. I have my guys doing right pull, then I’ll call you clear onto target. Time is one-seven. Commencing TOT in one mike. Off the net. Out.”

The whump-whump of the rotor blades on the AH-1 Cobra attack helicopter filled the pilot’s ears as the radio went silent for the one minute before all hell was scheduled to break loose. He flicked the master arm switch and watched as his instrument panel went from red to green on all weapons. He turned the forward sensors toward the spot they were told to expect to see the Russians. The top of the shelf at Moyale. He could already see sixteen to twenty BTR-82s making their way down the winding road. It was a perfect place for an attack.

Then, in front, he saw the four Cobras from the first flight rise up from behind the tall hill clusters. Each aircraft quickly launched two missiles apiece.

About half of the missiles appeared to impact their targets, then he heard the call.

“Two-six, we’re clear of the target. We’ll fall in behind you for a re-attack off of BP Jenna with more PGM and a rocket and gun run. Your turn now.”

The lead pilot called to the other aircraft, each slipped their collective forward and their aircraft raced just above the Marines on the ground. He could see the dismounted infantry Marines, each clustered near the LAV vehicles, now firing rapidly.

Boom-boom-boom, came the throaty roar across the canyon dividing the Marines from the Russians. Connolly watched through his binoculars as Russian vehicles went up in flames.